Dr. Gloria Edet, The Stabilizing Force That Is Changing Things For Good In Ini.

Just as a smart student would always distinguished his or herself from the pack of all in a class, so has Dr. Gloria Edet, The Akwa Ibom state Commissioner for Women Affairs has distinguished herself and proven her mettle as an onward-looking, progrssive and dynamic leader. She has risen to become the stabilizing force that has changed the political orientation of Ini people, where she is from, from that of hostility and stagnation to that of all inclusiveness, progress and advancement. Little wonder we can all see that her leadership approach have started yielding dividends in the form of physical infrastructural developments, government presence in the forms of social welfare to the people of ini. 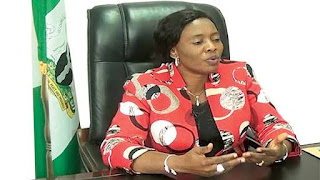 From the road construction at Ikpe Ikot Nkon, the rice plant/estate at Mbiabet, the road that now connects the Nkari and Itu Mbonuso to the other parts of the local government and the state and many other welfare opportunities which now offers promise to Ini people are attributed to the leadership style of the University lecturer turned politician. 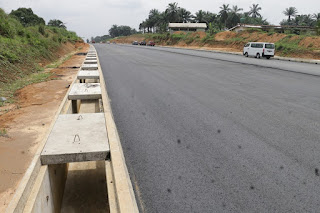 The Dean of commissioners, Akwa Ibom state, Dr. Gloria Edet is from Ikpe Ikot Nkon, in Ini local government area of Akwa Ibom state. Ini local government is a local government that is endowed with massive potential, and her people very hard working. One would have expected that these qualities would have created a conducive  environment where development and growth thrives for their common welfare! But this was never to be said of the good old  Ini, which though well endowed with potential, but had nothing to show for for many years because of in-fightings, hostilities and the brand of politics that was always marred with violence and lack of better representations and selfless people to pilot their affairs. Butt from the moment of the emergence of Dr. Edet as the political leader and the representative of the people, a breath of freshness and positivity can be said to have been felt and seen by the people. Salvouring their good futune of having Dr Edet as their representative, a leader of a youth vanguard group from Ibam Ukot extolled the prowls and the accomplishment of the commissioner.
at April 08, 2017