When Brutality and Human Right Abuses by Men of the Akwa Ibom State Police Command Takes Another Dimention!

The gross human right abuses by the men of the Akwa state police command has assumed a shameful state of oppression , shallow thinking, brigandage and baberic use of power that needs be cautioned. It even assumed another crescendo level of shamefulness when sane and educated people, including the people's representatives are not speaking in defense of the public who bears the blunt of brutality and right abuses by men of the Akwa Ibom state police command. 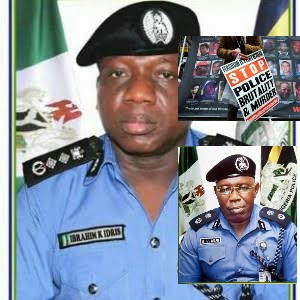 The impunity at which the police men operates in some axis in Uyo, Ikot Ekpene, Mpat enin and other places across the state is baberic, lazy approach to policing and an open show of oppression that must not be allowed to continue. Can you imagine armed policemen with horse whip in a 21st century and in a democratic country stripping citizens on the street and causing them massive bodily harm with sand-paper with the singular excused that they have tattoo and so they could belong to some cult groups! What happened to common sense and simple social awareness? They adopt every kind of violations of people's rights, including using broken bottle to scrape the bears of those that chooses to keep beard. 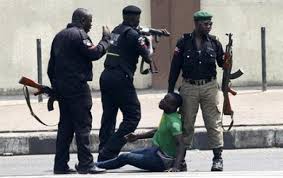 As the police in Akwa Ibom state have made for themselves the reputation of "uniform men" harassing and terrorising citizens for no just reason, it has become necessary to alerts relevant authorities and to call on the human right community to check this anomaly. A man in uniform can just stand in the middle of the road and orders that everyone should alert from their bikes, pushed and walk, extortion is in another level, such that is only found in Abia state.