The President's "jaz"that has rendered everyone's brain and mouth functionless!

The juju man or woman that twerked whatever the President, President Mohammadu Buhari is using to govern our democratic government, which has shots everyone's brain from thinking and mouth from voicing out against all the anomalies and hardship that we are currently experiencing sure did a fantastic and effective job and really needs a comendation. 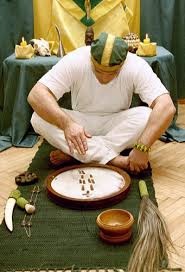 May be am the only one seeing this, or maybe Femi Aribisala and very few,  whose voices are not even resounding are the few remnants that didn't sell out to Ball! If not how comes nobody is saying anything in the face of current prevalence in our  socio-economic and political life as a country? How comes suddenly all the legal luminaries, public commentators, clergies, accademias, Human Right groups, social crusaders, and all our egg heads and those saddle with the responsibility of providing direction with their opinions and understanding to what right and wrong is have suddenly disappear from the spher of unfoldings in our country? 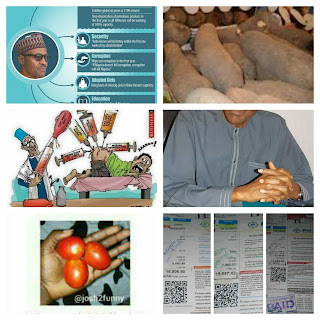 Citizens are suffering under mis-guided policies and yet holding briefs and excuses for those responsible for their misfortunes, National Assembly see no contravening in the presidency's violation of the law of our land, as the president jettisons our federal character commission in his key appointments, thereby, jeopardizing our national unity.
Our learned collegues and our entire judiciary have made rubbish and have now reinvented what the theory of common sense is, ditching out conflicting and senseless rulings in cases even a child can determined, causing chaos in the land,  yet nobody sees reason to speak out.
Over a year after election and the existence of an administration,  things have gone from bad to worse, cost of living have skyrocketed, people are dying in their country, businesses are finding it difficult to survive, some are closing up because of government's unfavourable policies, insurrections here and there, and yet nobody is saying anything in a democratic government. You think that is ordinary????
In Greece, America, Britain and counties where people are sane, we have read and seen leaders being criticized and made to vacate the scene for their inability to effect positive socio-econimic change or for their violation of the law of their land. Gordon Brown come fresh in our minds, as he was made to step down for simply giving his Inlaw a contract and a little inflation of the deal in the tone of less than ten thousand pounds, in contrary to the law of their land. But in Nigeria, despites many violations, nobody is saying anything. And you think its normal??? The "Sai Baba"s jaz is sure working.
at July 09, 2016