Now that Federal Government has apologised to Nigerians on power, would PHD and Other Power Distributing Companies refund us?


The reality of electricity supply in Nigeria have remained one and the same reality from what we used to experience, in the change era we voted for, that the government last Friday had to come out and eat her humble pie and offer apology for their failure. 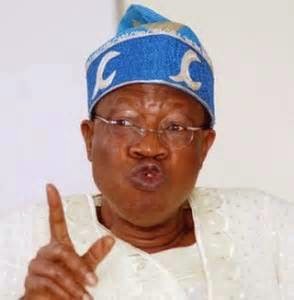 With the current reality and admittance of failure on the part of government, what is left to be made clear to the people is whether government would in the light of the reality on ground compelled power distributing companies, who had over the last one year been over-billing consumers for service they didn’t offered refund or reverse the over 100% increment in their monthly billings, most especially in the last three months.
In Ikot Ekpene, Akwa Ibom State for instance, just as it is in every other place in the country as shown below on the electricity receipt received from a respondent. The four single room boys quarter belonging to a landlord who base in Lagos, but occupied by some NYSC members over the last three months clearly reflect this fact of neck-cutting injustice billing by these advantage-taking and criminal power distributing companies. A visit to one of the distributing companies shows some rude and unfriendly customer service officers who would rudely tell you point blank to go and pay any amount billed you no matter how unfair the billing or you would be disconnected. 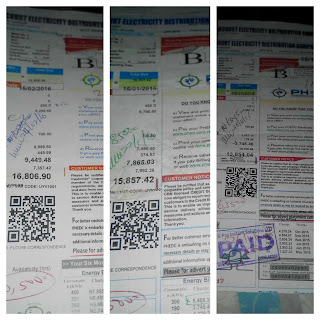 The bill on this photo reflect a steady over 100% increase from the month of November to
February for a service the government apologize, admitting failure.

Nigerians have suffered exploitation and rape without government’s protection from wicked and criminal corporations over the years. But with recent government’s position, one would hope that a step be taken further to get these companies to refund or reverse their indiscriminate exploitation of their customers, only then would Nigerians begin to know that their government is surely representing and serving them.