The Akwa Ibom State Commissioner of Information and Communications, Mr. Aniekan Umana has cautioned against the abuse of the freedom of information and speech right as enshrined in the Nigerian constitution and guaranteed by our democracy. 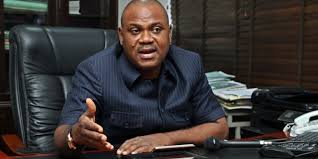 Speaking in an EBN’s “SITUATION ROOM” PERSONALITY TV PROGRAMME earlier during the week in Uyo, Mr. Umana who was also the spoke man to the Akpabio’s administration, informed your Naijafriendly platform that Akwa Ibom State has over a hundred and twenty community newspaper publications in the state, a  record higher than every other state in the country, indicating that Governor Udom Emmanuel is a law abiding citizen, running a law abiding government and would not tele-guide or infringed on the people’s freedom of information and expression rights. The commissioner however, advised people involve in newspaper publication in the state and elsewhere across the country to be responsible and not allowed themselves to be used as an instrument of propaganda and lies by the forth columnist.

The commissioner told Mr. John Ita, the anchor of the show that until newspaper publishers and practitioners become and remain in the path of professional ethic and responsibility in information dissemination, the society would continue to face a challenge, pointing out that there is nothing anyone or NUJ can do about it, as it is a matter of what the law says.

He counselled those involve in falsehood to desist as it would only bring pain and more loss to them than gain. In pointing out his major challenge as the Commissioner of Information in the state, Mr. Umana laments the deliberate engagement in falsehood by some people.

“Falsehood can only be temporal, light and truth would always overtake darkness and lies. They should go and find out, all those who engaged in such can never go far, as even the people that were using them to propagate falsehood would never trust them. They can never bring you into any serious matter, because they know you are not to be trusted, you were just there to be used for falsehood. They know that someone else can also use you to tell lies against them. Tell them, the few of our brothers and sisters that are involve in this that it would also consume them, they are on the path of self-destruction and they should refrain from it” The Commissioner warned.
at March 04, 2016