Publicity-hungry politicians initially presented the Ese Oruru and Yunusa ‘Yellow’ Dahiru affair to Nigerians as a case of a powerful and elderly Northern Muslim man who forcefully abducted a helpless young girl from Bayelsa State, forcibly converted her to Islam, forcibly married her and then hid her in the Emir of Kano’s palace with the active collusion of many other persons. Without waiting to establish the facts of the matter, some newspapers waded into it and sensationally whipped up sentiment that caused undue tension nationally. 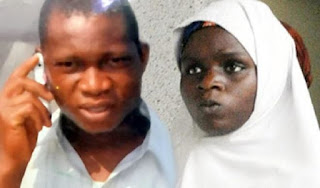 Now that most of the principal actors in this saga have spoken, it is clear to all discerning persons that the matter is not what Senator Ben Murray Bruce and the newspapers at first portrayed it to be. It is an unfortunate case of misguided youths plus the added factors of illiteracy and poverty but it is by no means a regional and religious conspiracy to snatch Ese Oruru and depopulate the South as they presented it to be.
Yunusa ‘Yellow’ Dahiru is not rich, elderly or powerful. He is a poor boy from rural Kano State who goes to the South annually to try to eke out a living. In Yenagoa he sells water, works as a domestic hand and as a Keke NAPEP rider. He worked for many years for the Oruru family and as often happens in human matters, he got romantically entangled with their daughter, Ese. In August last year Yunusa and Ese decided to elope, convert Ese to Islam and get married. They ran away without the knowledge of Ese’s parents.
When they got to Yunusa’s village, Tofar-Danga in Kura Local Government, Yunusa expected a warm reception because he had won a convert into Islam. While the Chief Imam of Kura town did the ceremony to convert Ese to Islam, other elders who got involved in the affair were more circumspect. First was Yunusa’s father Alhaji Dahiru Bala who had earlier warned him against bringing the girl from Bayelsa and had in fact arranged a local girl for him to marry. The truth is that inter-tribal marriage is unwelcome in rural Hausaland. Yunusa was hoping that converting Ese to Islam will overcome this feeling.

Alhaji Dahiru Bala reported the matter to the village head of Tofar-Danga, who in turn reported the matter to the District Head of Kura town, Alhaji Bello Ado Bayero. The district head too reported the matter to the Kano Emirate Council. The actions of all these persons showed that they were not involved in a conspiracy. It also showed that they were keenly aware of the security and political implications of the young persons’ action. The Emir of Kano’s palace too conducted itself well in this matter. Emir Muhammadu Sanusi II, one of the most urbane and educated of Nigerians, wrote a letter to the Kano State Shari’a Commission last September asking it to investigate the matter. Days later the commission came back with a finding that Ese was too young to make weighty decisions about marriage and religious conversion without her parents’ consent and should be sent back to her parents. The Emir then sent a letter to the Police Assistant Inspector General in Kano, asking him to send Ese back to her parents through his counterpart in Bayelsa State.

It was at this point that the weaknesses of Nigerian state institutions revealed themselves. Rather than take over Ese, the AIG said it was already “late in the evening” so they should go and return the next day. The Sharia Commission, too, told the aide of the District Head of Kura, who brought the girl, to take her back to his house in Kura. This was how Ese came to stay in Kura for six months. Yunusa then left his village and relocated to Kura but no one ever contracted a marriage between them and they did not live together. Ese’s parents were contacted and they went to Kano but she refused to follow them back to Bayelsa. This was where matters stood until the story exploded in the newspapers. Police Inspector General Solomon Arase then acted with unusual despatch. He sent policemen to round up Ese and Yunusa, speedily transported them to Abuja, brought Ese’s mother from Bayelsa, handed her daughter to her and then said he will charge Yunusa to court.

We congratulate Mr. Charles and Mrs Rose Oruru on the very happy event of having their daughter back with them. Their torment and suffering was shared by parents all over this country. They should learn to forgive their daughter’s errors and should do what they can to instil propriety back into her young head. We expect the Bayelsa State government and other well-meaning persons to assist them in this regard.
As for Yunusa Dahiru, We condemn his action of taking an underage Ese to Kano State without her parents’ permission. The police should feel free to prosecute him if they believe that he committed a crime. It should however count in mitigation that Yunusa, at 18, is only just above a minor. He is also not a normal criminal because he did not spirit Ese away in order to harm her or to hold her for ransom. He is a naive rural lad who took her to his home village with the hope of marrying her when a criminally-minded, street-wise urban lad could have just hid her somewhere.
Going forward, we urge selfish politicians and reckless newspaper editors to refrain from whipping up sentiments and causing national tension on such cases before the full facts are known. Kano State is densely populated as it were. It hardly needs abducted people from sparsely-populated Bayelsa State to augment this population
at March 06, 2016