THE END IS HERE, CANCEL YOUR PLANS. ---- Blind Mystic who predicted 9/11 and other world happenings!


If you are the type that makes plans beyond the moment, even into ten years ahead and more, you might want to reconsider, or perhaps cancel out and instead, start thinking of life after here, after reading the predictions of what is to befall the world in 2016 and beyond, by this mystic blind woman, Baba Vanga, who passed away in 1996 at the age of 85yrs. 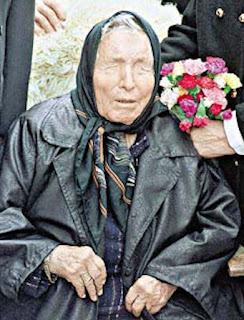 The prophetess, whose hundreds of predictions over the years has recorded 85 percent success rate, earning her the title of the ‘Nostradamus from Balkans’ had prior in 1950s predicted the melting of the polar ice caps and climate change. She was also reputed to predicting the 2004, boxing day tsunami.
Back in 1989, she had warned that the “American brethren will be attacked by two steel birds” a possible reference to the Twin Tower attacks of September 11, 2001. Vanga allegedly also called the election of Barrack Obama as well, predicting the 44th president of America would be a black man. She added a rather chilling claim that he would be the last president of America. 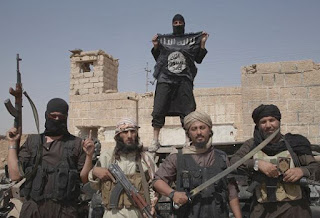 She also had warned that a group of Muslims would invade Europe in 2016, foreseeing a great Muslim war that would be kick-started by the Arab Spring of 2010 and play out in Syria, eventually resulting to the establishment of a Caliphate by 2043 with the Rome at the Centre.
With reports of people disappearing mysteriously across the globe, and Mama Vanga’s prediction that Europe and America would seized to be, one might want to amends his or her ways in line with their religious tenets, as one doesn’t know if there would remain tomorrow when tomorrow comes!
at February 21, 2016