When tomorrow comes, Akwa Ibom state would be observing a public holiday, “to enable workers and well-wishers joined government in a state’s thanksgiving service regarding the Supreme Court ruling that reaffirmed the government’s mandate” they reasoned. 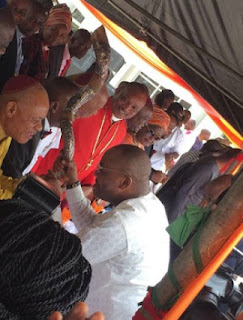 With the amount of thanksgivings and other rituals already gone in to the events of the Supreme Court’s revalidation of his victory at the pole, one would have rationally thought that a ‘one off’ thanksgiving service would have been enough, so that the lucky Governor sits down and concentrate on the business of governance! 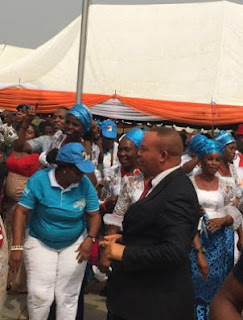 From the victory match that ran through the night of Wednesday to the next day of the ruling, which was Thursday, where they had an elaborate thanks giving service, where all the top notched ‘who is who’ clergies and dignitaries in the state converged at the state House to thank God for the judgement, a day off of Friday was taken, yet with more events going on, before the huge carnival like jamboree that took place at Ikot Ekepene mini town stadium on Saturday. And now, again a mega thanksgiving holiday that was hurriedly announced on Monday afternoon, after probably motivated from Governor Wike of River’s State Sunday event, where his elaborate thanksgiving service wore a national look, with Mama Peace, the wife of the former President of the federal republic and other Sates governors in attendance. Trust me you we are going to be seeing the ‘who is who’ of the country in attendance of this epic thanksgiving service tomorrow, thus the declaration of public holiday. And with the respected Man of God, Bishop David Oyedepo as the Guest Speaker, trust me, the thanksgiving might run into the whole first tenure.