Welcome to the friends of Nigeria @friendsofnija.blogspot.com.ng

In his book, “The End (A Series of Unfortunate Events)”, Author Lemony Snicket stated that “Those unable to catalogue the past are doomed to repeat it” In the light of this, it is expedient for us all to cast our minds back to what Akwa Ibom Sate and her people used to be in time past. What was the economic viability of the people or their developmental capacity? 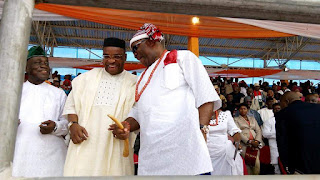 For the first time in my whole life, I decided to spend more time in the state than I have ever done before. And gradually, I am beginning to appreciate without anyone telling me from facts on ground the philosophy the former governor adopted while in charge. I remember visiting the state for the first time in the year 2000. I was disappointed and appalled at what was said to be my ancestral home. Though there was some development and progress made from what it used to be after the civil war, but it was a very tiny discouraged and hopeless development that wouldn’t in any way bring us out from the wood, except an innovative new measure is adopted.

A people traumatised and raped by the blunt of the war they didn’t start, limited by dogmatic traditional beliefs and customs, handicapped by absolute lack of capacity and opportunity, it became absolutely difficult if not completely impossible for the people to stand and raise their heads along with other ethnic groups who have long established a culture of wealth creation and the support system to sustained progressive development. And this I believe motivated the governor to adopt his social system of government, where he was doling out money to support talents, capacity and making millionaires of many young people and indigenes of the state. He realised, like a father that for his children to grow and become ably independent, a support system needs to be in place. 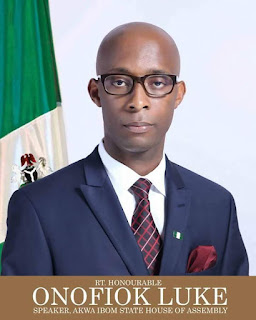 In my visit recently to the state, I collected many of such tale and stories of young people and indigenes of the state, whom if not for that intervention, they wouldn’t in their whole life smell of the position and financial empowerment they have attain now. Little wonder, except for some “few biters of the finger that fed them” and enemy of progress, these people that the former Governor has brought out of the wood of poverty and hopelessness and many who appreciates and want good things to happen to their neighbours and community would be ready to die in support of this man, who understand that, until your people are empowered, you stand no chance of being call a leader in the global scheme. And if they say they want to probe the embezzlement and looting of the state funds under this man, they would have to return us to what we used to be in 2, 000 and before.
at February 17, 2016