He said the ongoing fight against corruption can be effectively tackled with strong support of the judi­ciary.
The president also said re­covered looted funds will be used to reduce deficit in the N6.08 trillion 2016 budget.
This is just as Buhari disclosed that far-reaching reforms of the judiciary remained a key priority for his administration.
He said this in Addis Ababa yesterday at a town hall meeting with Nigeri­ans living in Ethiopia,
“On the fight against corruption vis-à-vis the ju­diciary, Nigerians will be right to say that is my main headache for now.
“If you reflect on what I went through for 12 years when I wanted to be the president, I attempted three times and on the fourth at­tempt through God and the use of technology, it was possible for Nigerians to elect an APC candidate as president.
“In my first attempt in 2003, I ended up at the Supreme Court and for 13 months I was in court. The second attempt in 2007, I was in court close to 20 months and in 2011, my third attempt, I was also in court for nine months. 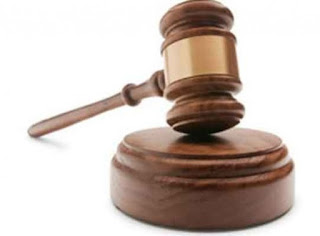 “All these cases went up to the Supreme Court until the fourth time in 2015, when God agreed that I will be president of Nige­ria,” he said.
He assured members of the Nigerian community that with the support of the Chief Justice of Nigeria, he will continue to do his best to improve the nation’s ju­dicial system.
On the proposed N6.077 trillion 2016 budget sub­mitted to the National As­sembly, President Buhari said for the first time in Nigeria, the budget will be largely financed from non-oil revenue.
He identified the col­lapse of the international oil market and oil theft in the Niger Delta as main reasons for projecting more revenues to fund the budget from the non-oil sector.
The president added that the recovered assets of the country would also be used to reduce the budget 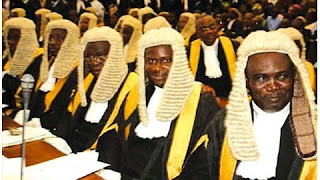 Elsewhere, he assured that his administration would increase budget­ary allocation to projects by Federal Government ministries, agencies and departments specifically targeted at improving the lives of women. This, he said would guarantee the economic rights of women.
He gave the assurance at the 26th Ordinary Session of the Assembly of Heads of State and Government of the African Union at the weekend in Addis Ababa.
Still in Ethiopia, the president called on the African Union (AU) to ac­celerate the implementa­tion of its vision to silence the guns and reduce pre­ventable conflict-related deaths in the continent by 2020.
Buhari said the vision must be achieved “now” not 2020, decrying the use of scarce resources in Africa on armed conflicts rather than economic and social development of the continent.
The president challenged fellow African leaders to engage decisively with the people and government of South Sudan and Burundi to bring the conflicts they face to a speedy end.
He added that African leaders must also forge a united front to rid the con­tinent of the scourge of ter­rorism and face together, with determination, the no­ble goals of Agenda 2063, as espoused by the AU.
at February 01, 2016