Why the North would continue to lead! (632 words)

WITH INFORMATION, THE NORTH WOULD ALWAYS LEAD AND THE YORUBAS FOLLOW, THE IGBOS WOULD GO AFTER THEIR MONEY, THE SOUTH-SOUTH THEIR LAWLESSNESS AND MEDIOCRITY, while the North Central of Middle Belt WOULD BE BURIED IN THEIR VISIONLESNESS TO CHART A CAUSE AND PROVIDE LEADING FOR THE COUNTRY! 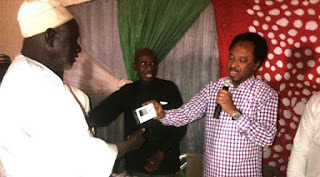 I know most of you, especially Lagosians would have just laughed off and make gest at the social intervention programme of Senator Shehu Sani, Senator representing Kaduna Central Federal Constituency, when he kicked started the distribution of 100, 000 pieces of transistor radio sets to communities in seven local government areas under his watch.

You people might not readily know, but that is one of the stuffs that make the Malam thick, and has put him ahead of the rest of us. The mallam is an informed man.

Most of us might still feel that the malam does not go to school, but need I remind you that you that went to school but are not informed aren’t different from the person that didn’t go. In fact you’re behind someone that hasn’t gone but have some vital information about his environment. And that again has been the misrepresentation of what education is about in our country, as it has been literally translated into a mere obtaining of the “kpali”, as it is commonly referred to in the West and other places in the country. No more the mental transformation and spurring of a young educated and informed person to be an asset of development to his or her community and country. Funny enough informed people in the employment sectors and rankings consider it so.

In the history of Nigerian politics and existence, the North has always had the advantage, and would continue to, as their leaders have from the beginning somehow, injected the hunger and love for information into the DNA of their people. They have continually systematically and successfully coordinated their people to most of the time speak in one voice when it matters most. But though they have not been able to maximised and translate this goodwill to a tangible development of their domain, but one thing is sure. And that is the uniform cultivation of their people to love information. And they say information is power.

The North would turn on their radio, which most of the time would be programmed at what they want them to hear. And here, they would hear that Nnamdi Kanu wants to divide Nigeria, PDP shared the money, Tompolo has become a Government, Jonathan did not procure the arm for soldiers to prosecute the war on terror, or still did not supervised Rambo to deliver, an indictment and failure of leadership to our South-south people. The South would continue in their entitlement seeking, immediate gratification chasing, lacking in fidelity, accountability, indiscipline, civility and incompetence, and of course they would remain in their mediocrity. The Igbos like their South-South counterparts is practically not ready for this race to lead. They are selfishly stealing what they can steal once opportunity beacon and the rest soiling their souls, all in the quest to have money and they are not interested in their larger society. They expect to get everything they want with the Biafra civil war as their blackmail tool. David Mark, Akume, Suswan, Bokola Saraki, TY Danjuma, Jangolova, Dariye and others from the Middle Belt simply don’t know what is expected of them as leaders. The Yorubas, they are the people that actually fostered on us this paper qualification affliction, but with legacies from Pa Awolowo which any onward thinking people can use to build a civilised state, they remain the centre of civilisation for a country that is not moving forward. This is the trademark of my country.
at January 29, 2016