The Governor of Akwa Ibom State, Deacon Udom Emmanuel, like a child that has been so pushed to the world, who now resolved to fight back, or perhaps he has learned a lesson or two from his predecessor, or from the grand master of Nigerian politics, talking of none other than the Jagaband, Senator Bola Ahmed Tinubu himself, whose understanding is that “there is limit to how much blows and attacks a man can take or allow, without hitting back and strong, if he wants to remain relevant with the voting public in this “dog eat dog, and foes become your friend” game called politicking in Nigeria. 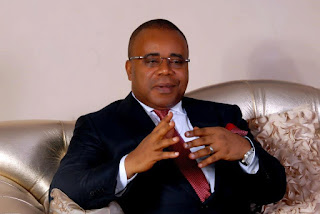 The embattle Governor, whose opponents’ voices have been loudest, since after the Appeal Court Ruling that cancelled the election of April 11, 2015 that saw him became the Governor, and ordered a re-run, yesterday, in the annual state’s sponsored solemn assembly to dedicate and seeks God’s help for the state and her people, which took place at the Ibom hall’s open space, look his foes in the face and took them to the cleaners before the mammoth crowed who trooped out to be part of the yearly event. The Deacon-Banker, turn politician in a direct shot below the belt of his All Progressive Congress’ opponent, Umana Okon Umana, whom they say is the richest civil servant in Africa, who does not own a single industry or known to be involved in any business, and asked the people, borrowing a thought provoking question from the Speaker of Akwa Ibom state’s House of Assembly, and asked the people “If all the opponents fighting to destabilize the state are fighting to protect the single industry they brought to the state that has provided employment to, even just ten indigenes of the state?” 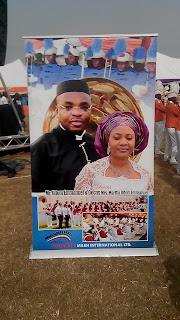 The Governor who announced the continuation of the free and compulsory education up to secondary school level in his address also informed the crowed that his government is a highly focussed government that came to improve the lives of the people and their children. He reiterated that his government’s verdict for the state is prosperity. He also counselled the people to beware of the antics of evil workers, whose intention is to selfishly connive with outsiders to truncate the development and progress recorded in the state and return them to slavery. He advised the people to be united against those that want to divide them and say no to the devil. He equally sent a strong message to his opponents that the current occupant of the Hill Top mansion said that “there is no vacancy”
at January 02, 2016