WHY UDOM MUST AVOID FAILING AT THE SUPREME COURT! 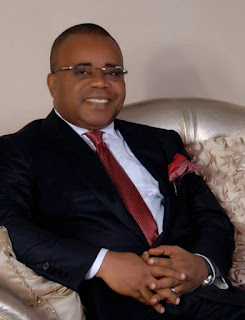 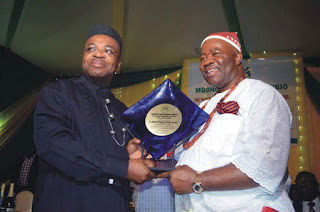 “If we want change, the change has to be total and moral. Not by some ambitious carpet-crossers, who have been part and parcel of the rot, and now turning around to capitalize on the same problem they fostered on us”.--- Mr. Duke Effiok, a respondent from Nsit-Ubium local government area, same local government where Umana Umana comes from.

If it happens that they have to go on a re-run, Udom should forget it because… 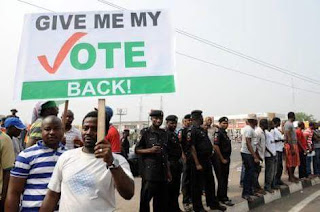 Though the big media platforms, like Sahara reporters and the rest have reported and brandished pockets of broom wilding jubilating crowd to mean that everyone in the state is happy because of the judgement, the truth remains that the fear and the apprehensions of a whole lot of the majority of the morally, truthful and fair dealings Akwa Ibomites, who believe in fairness and equity for everyone that is involve in a project is more than the four bunch of brooms and eleven men and few keke napeps that we saw that was given the caption, ”JUBULATIONS BREAKS OUT ON AKWA IBOM STREETS, FOLLOWING APPEAL RULING AND ALL SORTS”.

But it is going to be for free that I am advising the sit in governor, Deacon Udom Emmanuel.

If the embattle Governor ever wants to remain on that seat as the governor of the fastest emerging state of the South South, he should hire the best of lawyers, present the best of argument and play the PR game as define by the Nigerian society and avoid by all means failing at the Supreme Court for himself and for the people. Because if he does fail, he should simply just kiss that ambition bye-bye, ‘B’cos He Can’t And Won’t Win At The Re-Run. Except things change

As reflected in a research we initiated and carried out on the social media platforms occupied by the indigenous people of Akwa Ibom state, home and abroad, eg, Ibom on face book, Akwa Ibom political forum, as well as interacting with a certain sample on the streets of the state, etc.

These forums enjoy massive followers and membership. And though the opposition make more noise, and raise the roof over political issues and perception of government in the state, they still remain in the minority. And despite the seemingly support for the governor against his opponent, the people are still not happy with him.
The governor would have his principal officers and himself to content with as his albatross.
Though the majority of the people frown at having Umana Umana, whom they feel that- “if at all there was embezzlement and corruption in the state, he is part of it all, having been part and top member of every of the governments, and a tough fellow to deal with in term of generosity, even in his local government” an indigene of Insit-Ubium, same local government where the APC flag bearer, Umana Umana came from added.
As I said earlier, the governor’s top officials and appointees, who used the people to accomplished victory for the governor in the cancelled election have now stop patronising the people, as was the practice in the previous administration, as a result the living standard of the people have dropped, owing to loss of jobs and failing businesses.
at December 22, 2015