Reuben Abati, Raymond Dokpesi, how a 5star media captain shouldn’t play!
I am one of the fortunate growing ups of our time to came in contact and appreciate the media influence of Dr Reuben Abati, double high Chief, Dr Raymond Dokpesi, Alhaji ‘Lair’, sorry Lai Mohammed and others. But for Sambo and others, everybody knows Rambo in this Zoo Republic, (sorry again), Federal Republic of Nigeria. What I am trying to say is that, everybody knows everybody. 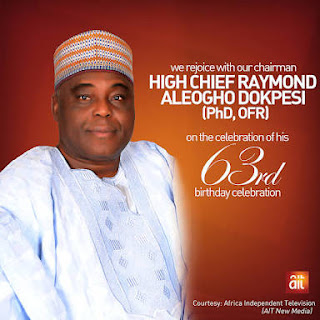 The Abatis’ of this world, the Dokpesis, the Shina Rambos, and all the nobbles in the noble profession that beget on them the responsibility of influencing and reconditioning an entire being and nation owes us an apology and explanation on what trespassed behind those cottons of power at the rock, that suddenly arrest and turns a saints to a monster. All of them that were part and parcel of previous governments that are responsible in where we found ourselves, most especially those in the media, religious and traditional leaders, including Dangote and Dino Maleye have to tell us the level of their culpability.
The reason they owes us that apology and explanation is because they stood and rode high on the collective trust and influence they created among their fans, and admirers. Ironically, we still watch them fail on those similar ideals that earlier propelled them to the high, Dino watch it.


But for me, when tomorrow and next time comes, I would still be holding Dr. Reuben Abati, Professor. Gerry Gana, LT. Gen. Oladipo Diya and many other national leaders whom we have grown to know, read about, love, allowed them to influenced us, hold onto their ideals, converted and become their disciples, now preaching their gospel, without knowing that they’d left us at the cross junction and have converted and pledged to the same mammon that they’d warned us about, just like our religious and traditional leaders.

Reuben particularly and the double high chief that collected a whopping N2billion for a PR job, that yet left the country, government and party in such an all-time low perception, hated, and the people’s public enemy number one as seen in Kogi, Bayelsa and everywhere, where even the death can come back and win election at the expense of our two billion, and the deceit that we had had to put up with, have to re-convinced and educate us on what has changed from those things they made us believed they represent in relation to the recent result associated to their hallowed persons. Instead of hating and changing my opinion, or diminishing my respect for these great personalities that have come to form my being over, I would rather believe them, but know how a No 10, 5star general media striker shouldn’t strike. 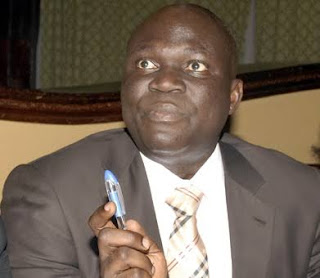 They have to tell me and other a enthusiasts, whom they have turned into their robots and disciples, whether the social responsibility and the agenda-setting theories of mass communication, that demands that practitioners advice their clients and help them implements programmes and behave in such a way that it would establish a win-win for both parties has been expunges from the media theory. What about the Mexican statement of the international Chattered institute of Public Relations, which states that practitioners have to analyse trends and predict consequences, then advice organisational leaders and fashion out programmes that would establish the win-win, (everybody is happy) situation! We want to know whether they weren’t advising these people at all, or they did,  but weren’t taken serious, which ever way they were supposed leave, so as to continue to sustain those lofty beautiful ideals. They have to please tell us, because we’re about losing our virginity from the earlier things they
told us that we believed!
at December 06, 2015