THE Awkward MOMENT BANKY W DOES NOT WANT YOU TO KNOW!

THE Awkward MOMENT BANKY W DOES NOT WANT YOU TO KNOW!
(Shit out on the road side at Ahmadu Bello way, Victoria Island)
Celebrities they say “are like the proverbial silver fish that has no hidden place”. Even in their toilets and the most exclusive secluded place imagine for them, you can be rest assure that even the fly on the wall would sure give them away. And for who this fly is, most times remain a puzzle for these guys to figure out within the crew they role with. 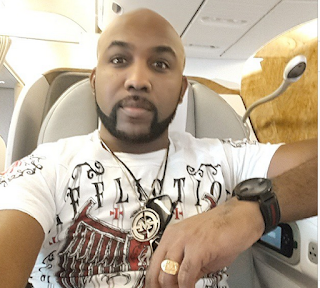 “This is the most awkward moment’s story of EME boss, Mr. Olubankole Wellington, aka Banky W, the Ebutemetta crooner, when he found himself in the most very awkward moment that forced him to answer to nature call, immediately after living his Lekki phase 1 residence, for a Friday night weekend hangout that was to begin at Club Toxic, 61 Adeola Odeku, Victoria Island, Lagos that faithful evening” Our reliable fly from the inner wall circle of our Celebrity super star revealed to your www.friendsofnija.blogspot.com.ng
The EME’s full squad had all set out as usual and were all having their fun, and hoping to spend sometimes there at Toxic before heading to 2 Face’s night club, Hyper Take Lounge at Festac. The party didn’t last for long when Oga @ the top () like the ‘Area’s video, (Rush Hour) started interrupting the atmospheric peace, whatever, may bi ‘hot beans’ that he eat earlier started inconveniencing him.
After not being satisfied with the state of the convenience the Club provided, the EME boss ordered that he be ferried home, which he felt was better and wouldn’t cost a thing, than to exposed himself to the risk the Club’s toilet might be having. So on connecting Ahmadu Bello way from the street adjacent Adeola Odeku, Mr Celebrity admitted that “you can form celeb, but no bi where ‘mama nature call don hijack you”, and surrendered to the supreme dictate of nature.
“O boy park park park park, I beg park jare” Our super star, grade A celeb pleaded, as he sweated profusely, and choosing the street way.
The poor guy negotiated the car and brought it to a halt for the Celeb to come out and helped himself to the road side ‘shut put’ SIkiru’s way. The inner circle Fly told us.
#GodblessNigeria, #weekendparade
at November 16, 2015