How Akpabio Destroyed our Businesses for Eight Years. (Photo) 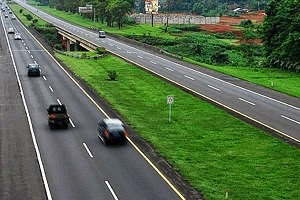 Razaq is an Ogbomosho Man, from Oyo, South West states of Nigeria, he is one of the biggest and most established mechanics on Ikot-Udoro Street, oFf Ikot Ekpene Road in Uyo, the Akwa Ibom State capital, Nigeria.
The evidence that Rasaq is the most establish guy in his trade is the evidence of many apprentices, among whom are some Hausas, Yorubas, Igbos and the Indigenous people of Akwa Ibom state respectively, all learning the trade under him. In fact, the name Rasaq is popular among the food vendors, drivers, and spear parts dealers and everyone from the beginning of the street to the end.
On one lazy stroll during my visit recently to the state, I was fascinated and impressed by the presence of none indigenes that, like Lagos, Onisha, Kano and Port-Harcourt, were  beginning to find abbot in Akwa Ibom state, a phenomenon that used to be very scarce in time past. So I stroke a conversation with Rasaq, and the following conversation ensued between us. 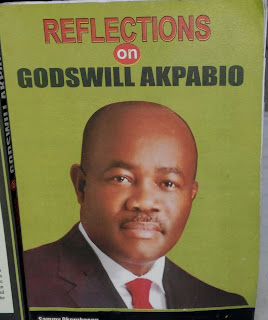 “Oga, se una dey enjoy this state sha?” I demanded.
“We thank God” Rasaq replied.
“Wetin make una leave Lagos wen things dey happen big time come this place?” I enquired further.
“Who tell you say tins no dey hapin for this place like Lagos and all thos place wey you menson?” Rasaq returned, with his Yoruba’s (son for tion’s) intonation.
“I mean say, the kind money wey person fit make for Lagos, compare to this place!” I cleared him further.
“If no bi say, Apabio spoil business for us since im enter as gomina, the kind money wey I make here for Victor Attah time, even people wey dey work for bank no fit makam.” The mechanic added, affirming with a knot of his head.
“Wetin you talk, I no understand! You mean say Akpabio been dey distop una business, how?”
“Egbagbe oniranu, since im enter na so im come repair all the road, sotey people car no dey spoil again” Rasaq pointed out.
Over to you, if another person own no spoil, another person own nogo repair. Let’s hope Udom would return the smile on these citizens faces again!
#GODBLESSNIGERIA.