JONATHAN APPEAL TO NIGERIANS ON POLL SHIFT, ASSURED ON MAY 29 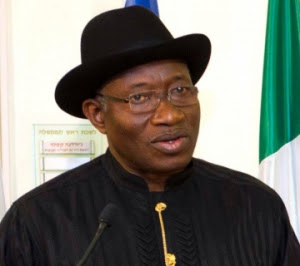 The Nigerian President, Dr. Goodluck Jonathan, has reassured the nation of his commitment to the sanctity of May 29, 2015 as the terminal date of his first term in office.
This is following the adjustment of the dates for the 2015 general elections by the Independent National Electoral Commission (INEC) from February 14 and 28 to March 28 and April 11.
He strongly reaffirmed that May 29 is, has been, and will remain sacrosanct.
In a statement by his Special Adviser on Media and Publicity, Dr Reuben Abati, the President appealed to all stakeholders to accept the adjustment of the election dates by INEC in good faith.
“The electoral body has a responsibility to conduct credible elections in which every Nigerian of voting age is afforded the opportunity to exercise their civic right without any form of hindrance.
“President Jonathan believes that this is not a time to trade blames or make statements that may overheat the polity, but a time to show understanding and support the electoral commission to conduct the elections successfully. 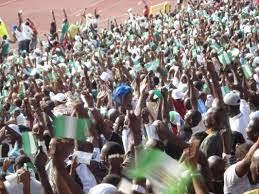 “It is the President’s understanding that INEC’s decision ought not to generate acrimony since it acted within its powers under the law and in consultation with all relevant stakeholders,” the statement read.
He called on the international community, civil society and the electorate to continue to support his administration’s commitment to a free, fair, credible, and non-violent electoral process.
The Independent National Electoral Commission in Nigeria (INEC) announced a shift in the general ellection date to March 28 and April 11, 2015.
The new schedule was announced on Saturday by the Chairman of the commission, Professor Attahiru Jega, after meetings with political stakeholders.
Professor Jega said that the commission’s decision was not influenced by any group or individuals.
However, Nigeria’s major opposition party, the All Progressives Congress (APC) has come down hard on the electoral umpire on the decision to postpone the polls.
The APC Chairman, John Oyegun, in a press statement, said that the decision is a major setback for Nigerian democracy.
Nevertheless, the party has also appealed to all Nigerians to remain calm and desist from violence and any activity which will compound what it termed an unfortunate development
President Jonathan seeks a second term in office on the platform of the Peoples Democratic Party, (PDP).
Jonathan has been the President of Nigeria since 2010. Prior to his role as President, he served as Vice-President of Nigeria from 2007 to 2010.
In the presidential election which is now to hold on March 28, he faces, as a major challenger, the candidate of the All Progressives Congress, (APC) and former military Head of State, General Muhammadu Buhari (Rtd).