WHEN MEN WERE MEN AND SOLDIERS DON’T RUN AWAY FROM BOKO HARAM! 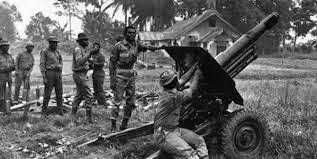 In those days when men were men and soldiers don’t run away from war fronts, and when they used to sacrifice their lives for their country. In Those days when all that soldiers were required to know was nothing more than to fight to the last man, for pride and honour and to understand the consequences of letting it known in Gad, and telling it in Askelon that Nigerian soldiers lose the fight and run away from their enemies like shameless, powerless Olees, Rogos, Onyeumengwos. And whatever they were using to impress it upon the psyches of the soldiers that it wasn’t going to augur well for the country and for them as men, if the enemies and the daughters of the Philistines should reiterate their defeats and rejoice over them. 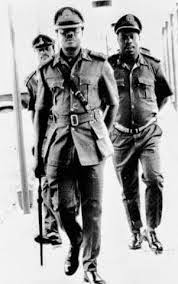 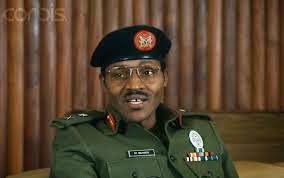 Those were the days when Alfred’s father, Bulama’s father, AKA Danger, my father and your father, running side by side with nothing else in their knowing, but the orders of their superiors as they run with honour and sacrifice to preserve for us an heritage and protect our lives as a nation. From the hierarchy of  WO2 Iliya Manzo, AKA O2 Mumuye, and Captain Dansanda, up to Major Ibrahim Babangida, Buhari, Lt. Col Obasanjo, Docat Bali, Dimka, Murtala Mohammed and the rest as they fought, and sacrificed to retain and keep as one the only country they came to know and swore to protect, in an occupation they chose with pride, and were accorded their respects and recognitions as heroes and legends of the country willingly by their fellow country men and women. 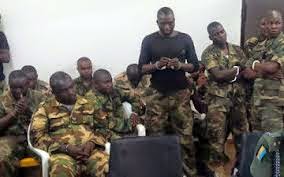 But the same can’t be said of our today’s soldiers, who’re even considered lucky, as international relations and diplomacy is gradually eradicating and replacing war completely, and the needs for hostilities between countries no longer holds. (Sorry to some of my friends who are currently in the military profession) but the truth be told, you guys of today’s military have disappointed us completely. With your jumbo pay and improve condition of service compared to what our parents used to have in their days as soldiers, yet you still couldn’t inspire the confidence and trust that’ll guaranty us safety.
With numerous shameful reports of soldiers running away in the midst of hostility with civilians, turned terrorists, with less, or no training occupying news heads lines on prints, broadcast and the new media, I feel very uncomfortable reporting these kind of sacrilegious reportage, to me I allow the dooms’ day sayers to pick on the bad news, as I consider it and it sounds sacrilegious to the ear, and very difficult to understand what’s going on. What has happen to our once trusted and dependable military? Who are the types of men that are finding their ways into our military today? Who are the recruiters that couldn’t identify hints of these cowardice and lack of bravery when these fellows trained and weed them off, before they proceed to go and so humiliate the country and dirtied this noble profession as it’s being played out?
Mutiny, and sabotage of the country’s army is the highest offence anyone can commit against his country, and those involve should purge themselves if they want to qualify and belong to the community of people, if not, they’ll be confine into the dark bottom of history. But if they can allowed their souls to be purge off their treachery,  their types have a way of reversing the ties of history and redeeming their souls, doing good deeds for the favour a merciful and benevolent God bestowed upon them by allowing them to live. 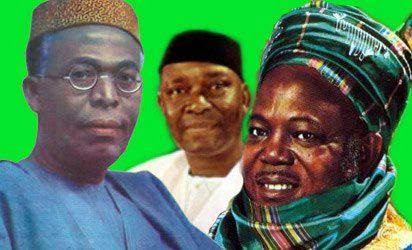 The General that was said to have run away alongside his troops from the front, the Col. that set three armoured tanks ablaze, the others they said used to divulge information on the military to the terrorist and others that have sabotage this fight against the terrorist passively or actively, directly or indirectly  should be made public, their ranks, their families, the records they hold in the military and any additional information that might interest the public. They should then be ostracized and castrated for all I care. But when men were men and soldiers don’t run away from the front, when Murtala Mohammed commanded three different battalions that couldn’t penetrate Abagana, in the documented infamous battle of Abagana  during the Nigerian civil war, yet he didn’t give up and run away and go and hide, but left dazed under a tree, drinking his shayi, as the renegade run away Biafran broadcaster Okokon Ndem jokingly described Major General Hassan Musa Katsina replied to the president, Gen. Yakubu Gowan, when he demanded to know about how the COL. Mohammed was faring? It later took Murtala another brutal battalion comprising of the brutal likes of Major Mohammadu Buhari, Capt. Sani Abacha, the slimy sleeky  young Capt. they said was Ibrahim Badamosi Babangida, and my father and your father and the Nigerian people to break the resistance put up by the Biafran’s side and take back our eastern brothers, and sustain a country for us, despite the misunderstanding and mistakes made from both sides and the other side taking it to the extreme. That was when men were men and soldiers don’t run away from Metesine and don’t sabotage the country’s course. When Nnnandi Azikiwe committed to national unification, Pa Obafemi Awolowo and the Sadauna and the other good people we heard contributed positively to the begetting of a country to us. God bless Nigeria. 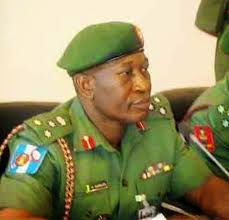