ECHOES OF WAILING, THE LAMENTATIONS FROM MUBI, AND THE GOVERNMENT AND WORLD SILENCE: 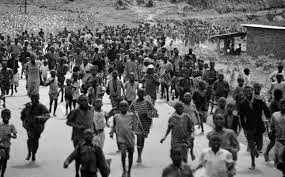 When Mariam called me two days ago from Mubi, the second largest town in Adamawa, Nigeria with the news of the exodus of people that was at that time going on in the town, as a result of the impending takeover of their town by the dreaded Islamic terrorist group, Boko Haram, and their unabated and unrestrained reign of terror, I was guilty of feeling indifferent as if she and everyone living in that part of the world deserved what they’re going through as many of us are doing indirectly with our silence and indifferent. Having warned her just a day before then not to leave Yola, the state capital where they’d previously fled to her eldest sister’s house during a previous attack. Prior to that day, I had in respond to her complained of boredom and home sick, having been previously driven away from school and their businesses, felt and  communicated to her that it’s better she’s bored, alive and save than to end up like the poor, unfortunates helpless, over two hundred Chibok girls and others currently in the custody of the tyrannical blood thirsty and heartless devil’s inspired group.
So when she called again several hours later in the night with a cold and distance voice that carried no affection to let me and everyone in the world know that we have abandoned them to the blood thirsty group to do with them as they pleased, and didn’t even made an attempt to find out how she and many other millions in that part of the world are faring under the mercy of the brutal terrorist group , how we  didn’t demonstrate enough act of love, care, and concerned at all to their predicament just like our government and the world at large, like all of us in our comfort zones, I was tempted to use my busy schedule of the day as excused and defense to justified why I have become so inhuman not to care and love my fellow human anymore as they die in numbers. How we have grown so insensitive to the pains and sufferings of others around us as long as it isn’t us. I was even tempted to feel that she’s accusing me unjustly and because I didn’t want an argument, I let the sleeping dog to lie.


But later the next day in the evening, when I called back to check her out, having called earlier in the morning where she managed to tell me with a weak and traumatized voice that she’s down with fever or whatever she didn’t know what it is yet. By the time she was relieved temporarily from the strong hands of the emotional and psychological trauma that’d seized her and many others as a result of what they experienced as they flee from the terrorists and the tribulations allowed to foster on them by an insensitive, inefficient, careless government and a silence world. She told me of her mother, whom probably tired of running decided not to run anymore with them, she told me of the fleeing soldiers as they discard their uniforms, bullet proves, and arms and run, even faster and earlier than the defenseless civilians. She told me of flying bullets, of deaths, of slaughtering, of extreme sufferings and helpless situation people are going through that she witnessed, and tasted, while we stay in our comfort zones and do nothing and feigned busy. She told me of dying children and their mothers, of destruction, of government’s failings and abandonment, of the silence and hypocrisy of the world not to stop genocides and destruction like these before it happened, but to make needless noise and constitute needless bodies and panels that can’t reverse the evil done which they could’ve prevented if they’d shown genuine and a little bit of love love and be proactive in being our brothers keepers.

It’s funny how we can live in such self denial and in our fools’ paradise and think that because we’re not there so it doesn’t concern us! Oh how wrong we could be! How we and government would lie to the whole world and handover the people we’re supposed to be responsible to and protect to be annihilated and destroyed while we’re buying 2015 election forms for millions of nairas, and lying that others paid, or we borrowed to pay all in the guess to fool the people. How we do nothing to show love to troubled people that needs our love when we can do something to share and ameliorating their miseries. 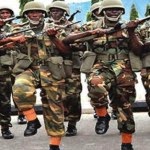 Our government, the United Nations, the USA, France, Germany, China and the powerful nations of the world has refused to do anything or do enough to safeguard the lives of our brothers, sisters, mothers, fathers, uncles, and love ones in the North East of Adamawa, Borno and Yobe. Who do we call for help now, is it a grand ploy and conspiracy by the world with the support of our government, through it security agencies to allow our people to continually be killed and annihilated as a population control measure? If it is, then why kill us these way so mercilessly, brutally, with so much hate? Is there no any other humane way of killing us so that we die with the knowledge that we die because nobody does a thing, but didn’t have to flaunt it in our faces that we’re without help? If it’s not, why isn’t nobody doing a thing, why are the soldiers who’re trained, and armed running away, why hasn’t the government admit and declare her helplessness and inability to protect us and invite those who can to come and protect us from this tribulation, or better still arm the people to at least defend themselves, their families, their land and their honour with pride before they’re overpowered and killed and die with the pride of the knowledge that they fought and die not as cowards, and helpless.
Like a line in the Rwandan’s genocide depiction in the movie ‘Hotel Rwanda’ we’re letting the world, and everyone, most especially the United States of America, the powerful nations of this world and their moral oaths and sworn vows to be responsible to the world around her and protect the weak. We want them to know that they’ve failed us, while we’re looking onto them as our neighbours for protection, we’re being slaughtered, and they’re not doing anything to stop the perpetrators, like in the barbaric stone  age of territorial scrambling and unrestrained genocide, while the world and all of us remained busy.