WHY YOU CAN'T IGNORE THIS CALL! 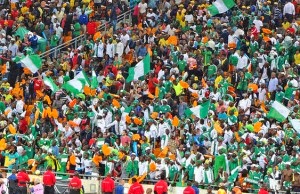 Anytime anyone hint on the desire and need for a change for the better of our country, by her people-  in term of love, unity, patriotism, and the entire of ‘beginning’ to do the right thing and take right decisions that would eventually translate to the reality of our desire for a country that holds up for our unborn generation, we’re always often quick to point to one million and one, or even two millions reasons it can’t work. But the truth is, it is possible, as long as it can enter the heart of man, that makes it possible. And we have to start committing to them, or else, our children would be at risk.
“YES WE CAN” Obama reiterated, assuring skeptics that change is imminent, and I challenge you all my country men and women with a capital “WE CAN EXPERIENCE CHANGE, AND BEGET AN ASSURED FUTURE FOR OUR NEXT GENERATION. The 1% rule of Pareto Princicle can be explained by what Scientist call the power law. It is used to explained a variety of phenomenon, like the most commonly used words, the occurences of names in most cultures, or anything where phenomenon tend to be higly concentrated. This also brings me to the law of attraction, which says that “What ever you focuss on for a considerable amount of time or frequency, you attract” Power law also talkes about how a small amount of people can generate a significant amount of energy that can lead to achieving astonishing result and objective, far much more than what was anticipated or considered impossible.
A SIMPLE CONVERSION OF WHAT WE ARE TALKING ABOUT HERE IS THAT, WE ATTRACT MORE OF WHAT WE’RE SEEING AND HAVING TODAY IN OUR COUNTRY THAT WE’RE NOT PROUD OF AS A RESULT OF OUR CONSTANT DWELLING ON WHAT SOMEONE ELSEWHERE DID OR FAILED TO DO, WITHOUT DWELLING ON THE POSITIVE SIDE OF WHAT WE HAVE AND WANT TO HAVE THAT WE CAN SEE. Some of us have found an habit and vocation in constituting ourselves to being a ‘trace in the blood’ chronic critics that rarely see anything good in thing, people and events, that even when there’s nothing to criticize, we invent one. Our constant action and attitudes toward our country and people have has gotten so bad that our second name in this part of the world is now anything associated with NEGATIVITY. IS THAT THE KIND OF COUNTRY WE WANT TO BEGET TO OUR CHILDREN AND UPCOMING GENERATION? I can hear someone respond TUFIAKPA.

Clay Shirky, who teaches new media at New York University explained power law in 2003, when blogs were beginning to appear with increasing frequency as “A new social system that starts and seems delightefully free of elitism and cliquishness of the existing systems” In taking the power law of the Pareto principle, and combining it with the change we need to see in our country, for our children and the unborn generations sake, we can on our own without continuous pointing of accusing finger know and accept that we can do much in effecting this change, and began to amplify the atmosphere with positive focus that generate the actions in seeing, saying and doing positive things in and about our only beloved country, NIGERIA.
The system that had been fostered on us by our collective decisions and actions of yester years as a people, which now delivers the current reality of negativity that holds no future for our children and those unborn has settled it in us all (in our sub-consciousness) that it is impossible to overhaul it, and enthrone a new system that can permeate everyone to commenced that individual change of attitude toward our country, that can deliver a new promising, beautiful country, where we all see ourselves as brothers and sisters and co-pilgrims on this God’s giving Earth.
God bless Nigeria: Sign up for the 1% rule campaign by liking our page “FrindsofNija/facebook”  and register for the campaign, and be a friend on the blog site “FrindsofNijablogspot.com, (The positive side of 9ja)” and join in the conversation, as we seek to focus and promote only positives things about our country, so that we can attract more.

REGISTER FOR THE NIGERIAN FRIEND CAMPAIG ON at “FriendsofNijablogspot.com, the positive side of 9ja” AND BE THE FIRST SET OF MEMBERS, AND GET A SPECIAL MEMBERSHIP IDENTIFY NUMBER AND JOIN IN THE CONVERSATION: Membership identity comes with some benefits in our future National Events, and other opportunities: Hurry up, as limited space available. 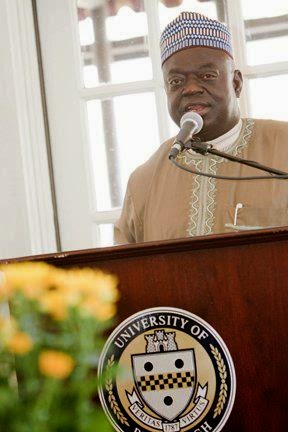 The governor of Niger State, Alhaji Babangida Aliyu has declared that there is nothing Islamic about the demonic activities of the members of the outlawed terrorist sect, Boko Haram. The governor, who was adressing the press after the National Council of States meeting in the seat of power, Abuja on Thursday pointed out that it is wrong to continue to attribute the destructive activities of the blood thirsty group to Islam, as Islam does not permit the shading of citizens’ bloods and the destruction of lives and properties.
He also warned  some section of the public, and the press who sometimes reports as if they are sympathetic to the terror group to desist and change their ways henceforth with, and stop the inflammatory statements that tend to hit up the polity. The Chief servant officer of the Niger State as popularly referred to further pointed out and observed that either PDP, APC, Muslims or Christians, we can only pursue our aspirations and goals only when there is Nigerian, He announced the council of States supports to the President to be able to bring the war to an end before the end of the year. He also called on the general public to unite as fellow citizens and people. 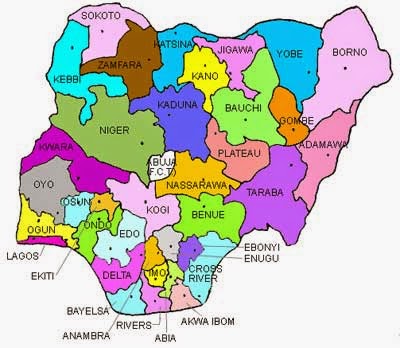