WHAT WOULD HAPPEN SHOULD WE WAKE UP ONE DAY AND DISCOVER THAT OUR BELOVED COUNTRY, NIGERIA HAS BEEN SEGMENTED?


Tukfiakpa, may this day never come, and may I sleep and never wake up:

Seriously this thing get me worrying. I worry a lot because it’s in my nature to get worried by issues like this and others national unity related issues.  May be it is because of my friends that are in the other side of the divides. But should this assertions, and speculations be made real either by mistake, or by a deliberate and a consensual agreement by some of our selfish and criminal politicians whom we have in large quantity in both sides, whose interest are only captured in “what’s in for  me” I bet you I’ll wish I sleep and never to wake up again.
May this day never come in Jesus, or whatever name or deity you hold sacrosanct, because I don’t know what I would do should one day the knowledge that some of my friends which we shared many wonderful experiences and memorable moments of nationhood should be in the other side of the divide which I can’t reach them with the freedom that I can now. 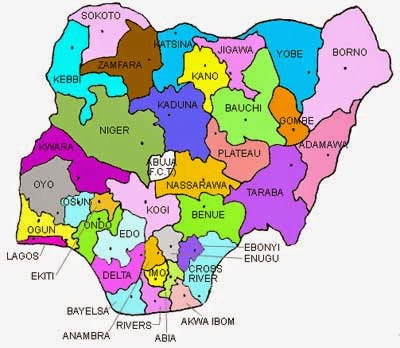 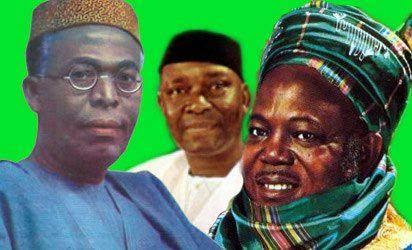 I have so many of them, some annoying, some crazy, some simply animalistic, while others are funny and witty, some jolly and mischievous fellows, but they all have hearts, some truly loving, and interesting and compassionate and caring and ……..hshsshshshs am exhausted, all just compatriots God created and blessed people.
I worry for Mama’n Ibrahim, a witty and amiable Katsina state woman I grow up to know, I worry for Baba Skin, a carefree Lungda by tribe from Adamawa state, what about happy and generous Bulama Joe, Baba Rex, Ali Razor, Michael Ikoko, Umaru, Ahmadu, Chinedu, Bayo, Ife, Edet, Halima, Godfree, Asuquo, Head boy, Alhaji Bangatise, my life Coach and mentor, Baba X, the genius and lots others that we share the satisfaction of knowing that we share the same common heritage of nationhood from the North, South, East and West?
It is the legendary iconic reggae super star, Honorable Robert Nester Marley that postulated in one of his numerous hit tracks “Good friends we had, oh good friends we lost along the way. In this great future, you can’t forget your best” I also believe it was this line by the reggae prophet that warranted the labeling of the late Libyan strong man and dictator a “mad man” by the senate president Senator David Bonaventure Mark, when he suggested that the country be divided along Islam and Christians lines respectively, a suggestion the senate president considered dumb and could only come from a mad man or an ignorant person.
The senate president, a veteran himself, whom along with many other Nigerians from every tribes and region with their families fought side by side to establish the camaraderie that exist between the various people that had shared in this experience of love, unity, brotherliness, and above all worship to our creator by watching over each other’s’ back as our brothers keepers. Suffice me to add here that bad and good people abound in every tribe, race, region, country and continent, and it’s isn’t an exclusive right of any set of people to be either bad, good, civilize, primitive or superior or inferior. As a matter of fact it only shows how ignorant, less understanding and uncivilized we are as people when we cast aspersions on others base on their family, tribe, region, and places where they’re from, or base on their heights, color of their skin or their look, because these are things we contributed nothing to .
As the first black United States of America, president, Barrack Obama described his family’s thanks giving’s get together as a mini United Nations assembly, so it is with a typical Nigerian military barracks, and other places of cohabitation, a United States of Nigeria assembly we would say. And if anyone ever shared in that experience, either as a military dependents as mine, the NYSC scheme and others or a soldier, the person never remain the same in term of orientation, commitment to national unity and patriotism to the country they grow to realize belong to them. GOD BLESS NIGERIA. If you share in this thought type God bless Nigeria and share, may day be long so that you'll partake in the prosperity and blessing of our redemption .
(Excerpt from my book “Boko Haram, the story of terror and the Nigerian Army)